1 / 5
The Ottoman Empire Series
One of the last great empires, the Ottoman Empire was a multinational, multilingual empire; the last great caliphate. Using vintage ottoman furniture  as my canvas as well as wood panels, I draw a conceptual comparison between the great empire of the present-day United States in its (seeming) decline with that of the Ottoman Empire. Substituting our mounting white-nationalist, Christian zealotry for that of the 14th Century Islamic caliphate, these paintings are a reflection of our social and political climate in the 21st Century. As in Islamic art, scenes of battles (i.e. The DAPL standoff, the Orlando nightclub massacre, recent deportations), of daily life (street scenes of Los Angeles and other US cities), of global conflicts (i.e. the NYC and Brussels terrorist bombings), are highlighted. Free-standing, Ottoman- style coats add a heightened sense of the figurative to the scene. This ongoing series takes the latest incidents, both domestically and globally, as fodder for Ottoman Empire coats, paintings and ottomans which will be installed as The Ottoman Empire.
Our Ottoman Empire 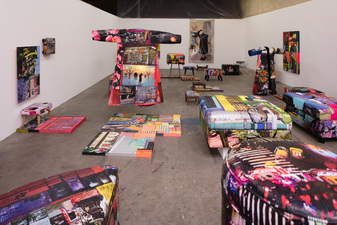 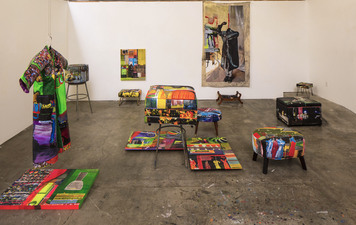 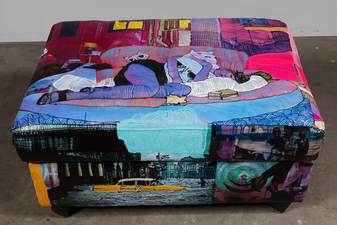 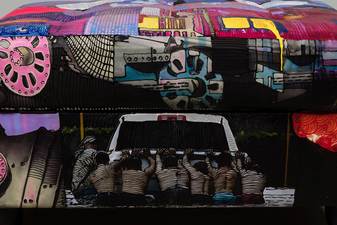 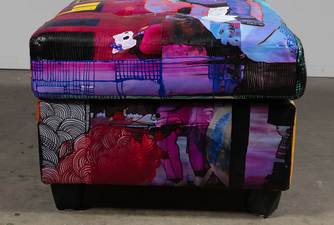 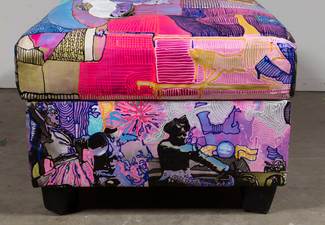 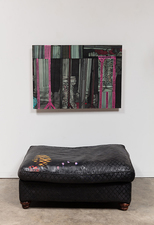 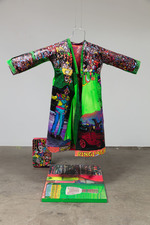 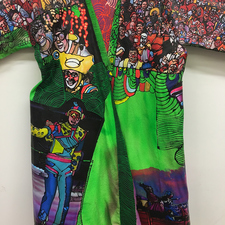 Front detail of one of the coats in the Ottoman Empire series. 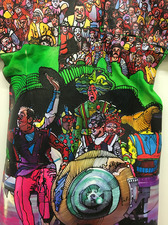 Back detail of one of the coats in the Ottoman Empire series.
1 / 5
Loading...